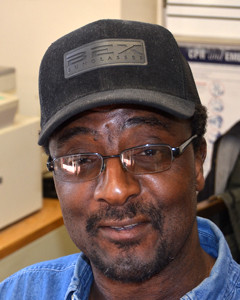 George came to NM in 1969 from Chicago, but when asked he says he is a New Mexico native. He grew up in Germany, and he has many fond memories of that time. Mr.Thompson started working in this industry in 1984. He joined the San Bar team in 1996.  There are few things that happen on the operations side of San Bar that does not go through him. Anyone that has dealt with San Bar over the years knows George and makes a point to say hi to him.

He enjoys spending time with his grandkids and their activities (he says he is the “Grandpa for Fun”).  He also developed a love for golf, and anyone who has played golf with him would say he swings a pretty good club.